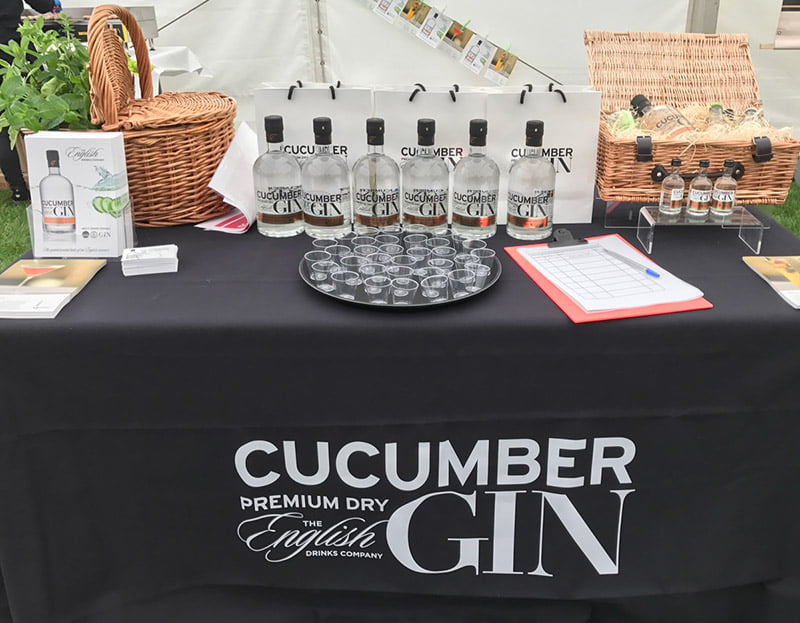 There is always a debate when planning which events you are going attend for the year, every year there appears to be more! When our client The English Drinks Company asked us which events they should attend in 2017, we set about compiling a detailed list. Firstly, we researched a number of trade shows and a number of consumers shows and then agreed to look at a range of events that would be spread across the year both to control cash flow and enable the team to effectively manage each event.

We are of the firm belief that is vital to do a show and do it really well or not attend at all. So we went about compiling a detailed plan. One of the shows we suggested was the Suffolk Show, the rationale behind this was; the show is very well attended, has a high spending audience and it would support a number of existing stockists in the area.

Before the show we scheduled regular social media post, which were hugely well supported by the event organizer’s. The event is a two-day show and offers a great variety of activities for the whole family.

Show day arrived and the stand was looking great in the food marque. Gift bags were loaded with gin, newsletter signup forms and pens at the ready to capture email addresses, with the incentive of winning an amazing gin hamper. Stand attendees dressed in matching branded aprons with welcoming smiles and a tray full of gin samples.

The key objectives of the show were to:

We sampled a lot of gin and it was hugely rewarding to convert non-gin drinkers with the amazing product. We also had a range of cocktail cards which were hugely popular ensuring that those who had not purchased the gin went home with a reminder. We also ensured we tweeted regularly about the sampling, the show and what was going on, this was very well supported by the event and customers even stated that they had come to our stand because they had seen our tweets.

The first day we sold more than was forecast. Day two was busy from the start with 9 bottles sold before 9.30 am. This was helped by us chatting to BBC radio Suffolk and some of the chefs demonstrating on the cookery stage, and them in turn mentioning the gin. By 1.30 pm we had sold out, by 4 pm we had completely run out of cups and gin to sample. The team thought on their feet and carried on running the competition to capture that valuable data so that we could communicate with the interested consumers after the event, they also handed out discount codes so customers how missed out could get a discount on online purchases and also directed customers to their nearest stockist.

We didn’t stop there! Post-event follow ups are just as important as pre-show preparations. We immediately returned home and:

Needless to say, The English Drinks Company were overwhelmed with the success of two-day event and brand exposure they received.